The Army of Ansar al-Sunna has murdered a captured Iraqi jail guard named Nasser Had Ali in a new video released on the internet. The terrorist group has known ties to Abu Musab al-Zarqawi's al Qaeda in Iraq.
In the over 8 minute video, two masked terrorists hold guns to the victim's head and force him to confess to 'collaboration' and 'apostasy'. The victim warns others not to collaborate with the 'apostate' government of Iraq. Such confessions are routine in these Islamic snuff videos and provide legitimacy to the terrorist murders. Under Islamic law apostasy is punishable by the death penalty.
The hostage is then taken outside, in the dark, where he is shot by one of the terrorists with a pistol. I have sent the video to Bareknucklepolitics where portions of it may be seen here.
Here is the SITE report:
Ansar al-Sunnah issued an 8:30 minute video with a statement today, December 1, 2005, announcing the execution of an Iraqi guard for al-Jaderiya jail, Nasser Hadi Ali, who was charged with spying on the mujahideen and arresting imams and worshippers at mosques as part of a commission with the Iraqi Ministry of Interior. The group claims that Ali had formerly aided the mujahideen, transporting their weapons, but he was “brainwashed” by the government.
The video depicts Nasser Had Ali seated blindfolded between two masked men carrying firearms as he “confesses” to the allegations levied against him. He is subsequently shot several times, according to “Allah’s order… to serve as an example for others.” Images from the video may be found at SITE. and at ITB. 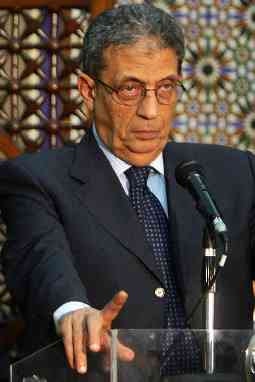