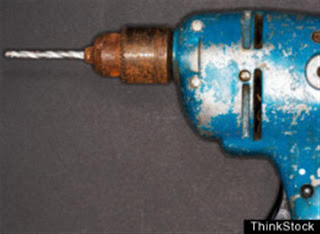 1-  Electric drill: its a famous torture tool in the bunker, and used to puncture the heads, bones and hole in all parts of the body and burning the skin by add piece of rubber at the end.


2- suspension from the ceiling by either the feet or the hands, for many hours and days with use of various types of torture. the famous suspension un the bunker was (Scorpio method).


3- Electricity: Several types of electric torture:
a- Electric stick: on various parts of the body.
b- Direct electricity 220 volts.
c- electric pincers: connecting to the face or genitals.


6- Bottles and sticks: placed on the back of the detainee for rape.


7- Diuretic: with link the penis to prevent him from urine.


10- Pliers: for Pluck the beard and take off the nails.


12- Mace-like steel rod with ball bearings on its end thought to be used in beatings.


1- The U.S. soldiers found instruments of torture hidden behind ceiling panels in rooms on the first floor. One device was a metal rod with a ball on the end, similar to a medieval mace.

2- one of the detainees instructs the U.S. soldiers to another cache of torture tools in fire extinguisher box. 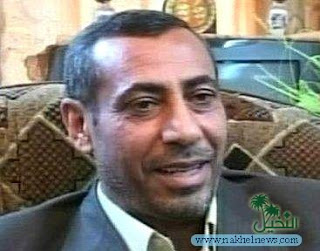 story of the detainee number one and his family


The prisoner number one in the camp of detainees of Jadriya bunker in Abu-ghraib prison after the US forces transfer the detainees from bunker to Abu-ghraib, and this is article about him and his family.
By SABRINA TAVERNISE
the new york times
Published: November 25, 2005 after twelve 12 days to find the detainees at secret bunker
BAGHDAD, Iraq, Nov. 21- 2005 - Early this month, Iraq Abbas received a phone call from a man she did not know.
"Your husband is still alive," Ms. Abbas recalled the man saying, as she sat in a Shiite mosque in central Baghdad. "Don't give up. Meet anyone who can help."
The stranger told her he had shared a cell with her husband in an underground bunker. It was the first that Ms. Abbas had heard of her husband, Ibrahim Fayadh Abdul Hamid al-Timimi, since police commandos came into their home and arrested him on May 26, just hours after a bombing in their neighborhood.
One week after she got the phone call, American forces raided a bunker that fit the description the man gave, uncovering 169 inmates, many of them starving and abused, and tools of torture hidden in the ceiling. Iraqi officials say that all of the men in the bunker had links to the insurgency.
مزيد من المعلومات »
مرسلة بواسطة سحاب Sahab في 2:52 ص هناك 3 تعليقات: 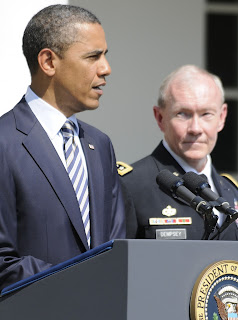 President Obama' announcement that he was nominating Gen. Martin Dempsey to be the chairman of the Joint Chiefs of Staff continued a broad remake of his defense team that will include a new Secretary of Defense and a new Central Intelligence Agency chairman.


Martin Dempsey, responsible for the training of Iraqi soldiers when US forces discovered Jadriya bunker a security prison follow by the Minister of Interior Bayan Baqir Jabr Al-Zubaidi in 13-11-2005. 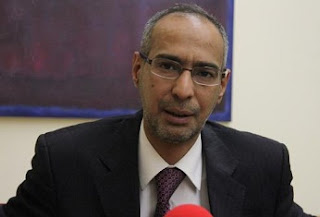