By Raphael G. Satter
November 23, 2010
Although it isn't clear what WikiLeaks is planning to release next, it allegedly has a huge cache of classified U.S. State Department cables whose publication could give a behind-the-scenes look at American diplomacy around the world. The site said it was under "intense pressure," perhaps due to Julian Assange's legal problems in Sweden.
WikiLeaks' next release will be seven times the size of the Iraq war logs, already the biggest leak in U.S. intelligence history, the Web site said Monday.
The organization made the announcement in a brief message posted to its followers on Twitter, giving no information about the content of the coming release or its exact timing -- although it did refer to "the coming months" in a separate tweet sent about an hour later.
Although the Web site has been spilling secrets for years, WikiLeaks shot to international prominence this year with three leaks. One exposed a classified U.S. helicopter video that appears to show an attack on two Reuters employees and other civilians. The second made public 77,000 ground-level U.S. intelligence files covering the war in Afghanistan. The third put out 400,000 more such files exposing the daily grind of attacks, detentions and interrogations in Iraq.
© 2010 Associated Press/AP Online under contract with YellowBrix. All rights reserved.
Wikileaks published the secret documents about Jadriya bunker: 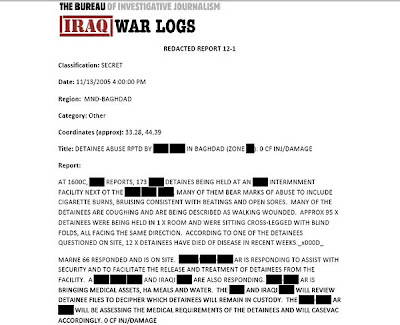 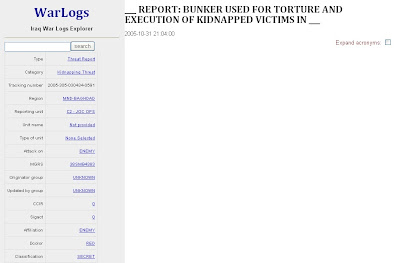