Baghdad, as seen from press hotel 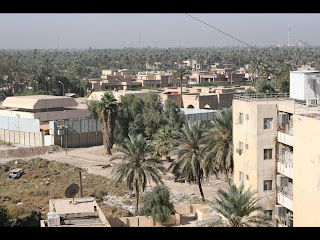 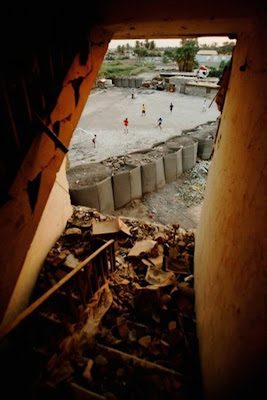 Getty Images 33 months ago
BAGHDAD, IRAQ - SEPTEMBER 07: Young Iraqi boys play soccer amongst protective blast walls on September 7, 2006 in Baghdad, Iraq. It was here on October 14, 2005 that two suicide bombers drove their vehicles, within a minute of each other, into the perimeter of the Al Hamra hotel compound, attempting to breach the walls. The explosions destroyed a nearby apartment block, killing at least eight Iraqi civilians, including two children. A recent report released on September 1 from the Pentagon stated the number of deaths in Iraq has increased by 1,000 people a month over the previous quarter, to more than 3,000 violent deaths each month. 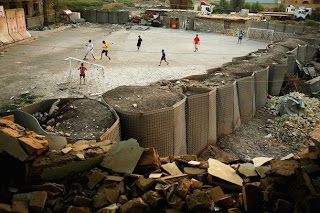